Situated at 12.93° N 79.13° E, Thorapadi is 216 metres above sea level. It has Sripuram in the South, Allapuram in the North, Otteri-Bagayam in the East and Great Thorapadi Lake in the West.

It has an average elevation of 216 metres (708 feet). It is surrounded by Sripuram in the South, and Allapuram in the North. In Tamil Nadu, 'Padi' means a land located near the hills. Many places are named with this suffix 'padi', such as Katpadi, Velapadi etc. 'Thiru' means 'blessed' and this prefix is also used in names of places in Tamil Nadu. For instance, Thirupattur, Thiruvannamalai.

Southern Thorapadi known as Kamaraj Nagar (named after Tamil Nadu Chief Minister Kamaraj) is a posh colony in Vellore. There is a large ground inside the premises of Government Higher Secondary School where the cricket matches are held. The route to the famous Sripuram Golden temple and Thirumalaikodi Hills is via Kamaraj Nagar.

Kamaraj Nagar is a busy commercial and educational centre in Thorapadi. It has newly developed and the real estate prices here are already sky rocketing! Kamraj Nagar lies on the banks of Kanar river. There are a number of eating joints too in this area.

And yes! Cricket is the commonly played game in this area. Who doesn't know about the popular KNCC (Kamaraj Nagar Cricket Club) here. The youngsters have a zest for this game and have won accolades for their game.There is a large ground inside the premises of Government Higher Secondary School where the cricket matches are held. The route to the famous Sripuram Golden temple is via Kamaraj Nagar.

Ezhil Nagar too has developed very fast with many residential colonies. There is a theatre here and a badminton training institute too.

Many people come to Thorapadi hills which has immense scenic beauty with greenery all around. They love to bask in the peaceful surroundings while completing their daily quota of exercise, walking, jogging, doing yoga and yes! even having a tete-a-tete talk. 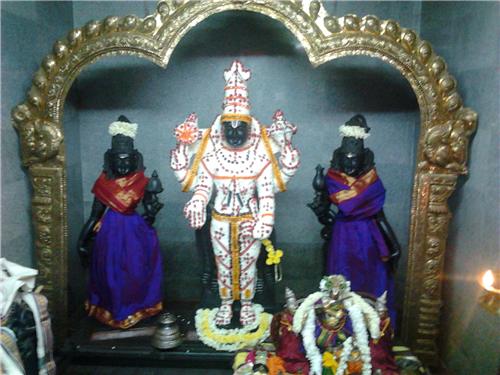 The Great Thorapadi lake, a really big lake of this region, is lined with another less populated area known as Punthottam. Sri Venkata Krishnan Temple, a 150 years old temple, is also situated in Thorapadi area.


Hotels in and around Thorapadi

Explore more about Localities in Vellore