The Astronomical Observatory in Vellore

The Indian Institute of Astrophysics owns and oversees general operations at Vainu Bappu Observatory - an astronomical observatory in Vellore. It is located in the Javadi hills at Kavalur near Vaniyambadi in Vellore district (Tamil Nadu).


Distance of Observatory from Other Cities 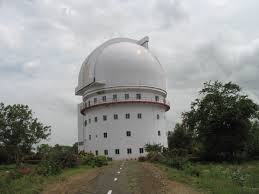 Deciding to visit an observatory speaks volumes about your interest in science! Well, you have chosen just the right place as many, many surprises await you. First of all, the sight of a real telescope will bring in all the enthusiasm and energy you need to know the rest of this place.

And... can you imagine that you will be shown the operation of Vainu Bappu Telescope! Yes, you read right. You will be able to witness the night sky through a 15 cms visitor telescope. This program was suspended for sometime though. However, for seeing the night sky, you need to be lucky to have a clear sky that night.

The problem with having the observatory in Kodaikanal was that here there were very few nights available for the purpose of observation. after India became independent in 1947, astronomers started searching for yet another site for their experiments and observations. 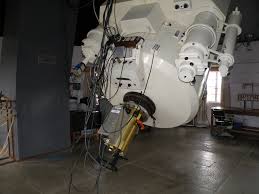 Why was Kavalur Chosen for the Observatory

Kavalur was surrounded with green trees on all sides and was a sleepy hamlet. It was reasonably away from industrial areas to avoid polluted skies. The best reason was that it was closer to the Earth's equator and could cover both the northern and southern hemispheres with equal ease. The longitudinal position of Kavalur is also such that it is the only major astronomical facility between Australia and South Africa for the observation of southern objects. In the year 1972,  a 1 metre (40 inches) telescope which was made by Carl Zeiss Jena was installed at Kavalur.

In 1982, Vainu Bappu died and could not see the completion of the 2.3 metre (93 inch) aperture telescope. The observatory was named as  Vainu Bappu Observatory to pay the legendary scientist a befitting tribute. The Vainu Bappu Telescope can even resolve a 25 paisa coin kept forty kilometers away! It is also utilized to carry out deep sky observations.

Do you know that Vainu Bappu Telescope is the largest telescope in India? It was first used in 1986 and has a diameter of 2.3 metres!

Here, you will find many  more telescopes too - A 1 meter Zeiss manufactured telescope which in 1972 detected atmosphere around Jupiter's satellite Ganymede. This same telescope in 1977, discovered rings around planet Uranus. a thin outer ring around Sarurn was also observed from the Vainu Bappu Observatory.

There is yet another telescope which is 75 centimeter cassegrain reflector. In 1988, a new minor planet was discovered using the 45 cm Schmidt telescope. This telescope is called 4130 Ramanujam who was a renowned mathematician.

The nearest airport is Bangalore airport which is well connected with all other major cities like Chennai, Mumbai, New Delhi and Kolkata.

The observatory is located near village Kavalur and from Bangalore, it can be reached via Hosur->Krishnagiri->Vaniyambadi->Alangayam->Kavalur.

So, are you ready for your scientific expedition to Vainu Bappu Observatory? Well, now you know that every minute spent here will be educative and inspiring!