Sports requires hard work and dedication. To get to the pinnacle of any sport, even the most naturally gifted athlete has to give it his all.

Vellore city is a sports loving city with not much infrastructural facilities for sports lovers. But, the green grounds and the fire in the belly paves way for those really interested in sports! There is just one stadium - Government Nethaji Stadium in this city which has been set up by the government.

In Government Nethaji Stadium, there is provision for athletic events, track and relay events, long jump, high jump, javelin throw, discus throw, shot put and sport events such as basketball, football, hockey and volleyball in this stadium. Some technological institutes have sports facilities for their students. 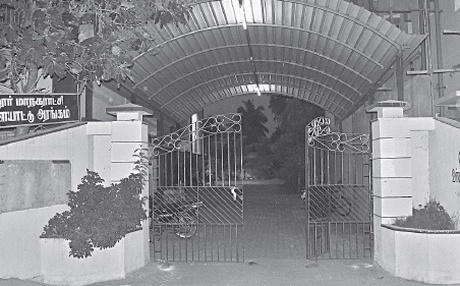 The Indoor Stadium at Sathuvachari was opened to the public in January, 2013. It was kept locked for a long time but was re-opened after the intervention and order of the district court.

The good news is that efforts are on for getting a Multipurpose Sports Complex in Vellore. The district administration has identified 40 acres of land near Vellore to establish the District Sports Complex.

Oasis swimming pool in Burma Colony, Shenbakkam, Vellore and  Sri Moogambigai Swimming Pool, Arcot Road, Saidapet  in Vellore are for the water lovers who want to train in swimming.

Sports Developement Authority of Tamilnadu has taken all efforts to organise sports  events and improve the condition of sports in Tamil Nadu. The Sports Development Authority of Tamil Nadu (SDAT), Vellore district wing, conducts district-level sports meet at Nethaji Stadium to encourage the youth to take up sports for discipline and good health, fitness, getting recruited in the army and even as a career option.

The Sports Development Authority of Tamil Nadu has even conducted district-level sports meet for differently abled to show to the society that they are in no way lesser capable and have the grit and determination to win and come out with flying colours.