Any individual who is a citizen of India and above 18 years of age can vote.  There is no distinction between male or female voters in the constitution. Earlier, the voting age was 21 years. If an NRI is an Indian Citizen, residing in any constituency, employed under Govt. of India (even if posted overseas), he/she can register name as a voter.

Issue of Notification: 29 March
Last Date for filing Nominations: 5 April
Scrutiny of Nominations: 7 April (Monday)
Last date for withdrawal of Candidature: 9 April
Polling Date: 24 April
Counting of Votes: 16 May
Date before which the election shall be Completed: 28 May 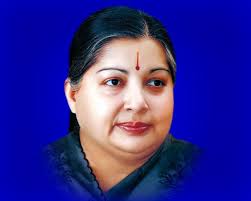 Dr. Selvi J.Jayalalithaa is the Chief Minister of Tamil Nadu and she is responsible for overseeing and general administration of various departments such as police, IT, Minorities Welfare, industries etc. This is her fourth tenure as the Chief Minister of Tamil Nadu. She belongs to AIADMK party (All India Anna Dravida Munnetra Kazhagam). Dr. Selvi J. Jayalalithaa is known as 'Amma' by people and also as 'Puratchi Thalaivi' (Revolutionary Leader) by supporters. Dr. Selvi J. Jayalalithaa was born on 24th February, 1948 in Mysore (Karnataka).

Finance minister Prof. K. Anbazhagan has the responsibility for administering departments such as Planning, Finance, Legislative Assembly and also Elections. Tamil Nadu Governor Konijeti Rosaiah has been the Chief Minister of Andhra Pradesh.


Explore more about Administration in Vellore