Like any other place, Vellore too has some important localities which define the city and the place. With the increase in educational and job opportunities in Vellore, the suburbs and neighboring places in Vellore have witnessed a growth spurt. All these localities have good connectivity with the main city and have their own individual emergency and utility services. Places like Arcot, Venkatapuram, Thiru Nagar, Abdullapuram  and Sathuvachari are worth mentioning.

Venkatapuram is a small village on the border of Vellore district, in Timiri Taluk, located 24 kms. from Vellore. The postal head office is in Kavanur. Nearby cities include Tiruvethipuram, Arcot, Sholingur and Vellore. People speak Tamil language. There is no Railway station here and Katpadi Junction Railway Station is about 27 kms. from here. 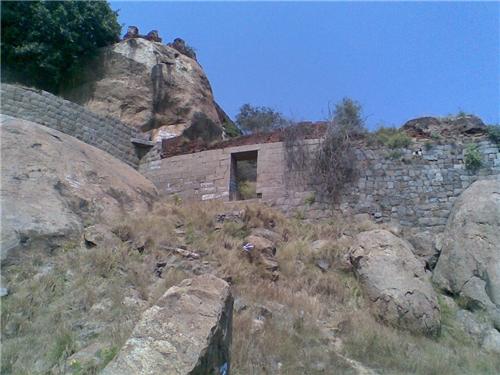 is situated towards the Eastern side of Vellore city, on the banks of Palar river. Many important institutions and offices are located here: Collectorate, S.P.Office, District Science Center, Vellore District Court, Tamil Nadu Housing Board Office, Regional Transport Office etc. You can easily travel to Bangaluru or Chennai by road as NH-46 passes through Sathuvachari. Vellore Fort is 2.5 kms. from here while Central Bus Terminus (Green Circle Junction) is 5 kms. Also, Sripuram Golden temple is 10 kms. from here with Vellore Cantonment Railway Station just 5 kms. distance from Sathuvachari.

Usoor too is a village in Vellore Taluk/Block, just 11 kms. from Vellore city. Nearby villages are Pulimedu, Budur, Puthur, Athiyur and Elavambadi. Cities near Usoor include Vellore, Pallikonda, Pernampattu and  Arcot. The local language here is Tamil. Katpadi Junction Railway Station is 17 kms. from Usoor. Other nearby stations are  Vellore Cant Railway Station and Pennathur Halt Railway Station.

Thiru Nagar is a part of Vellore city. Kangeyanallur (2 kms.), Gandhinagar, Virthumpet, Samuel Nagar and Kalinjur are localities in the viscinity. Katpadi Junction Railway Station is nearby, so commuting is not cumbersome. 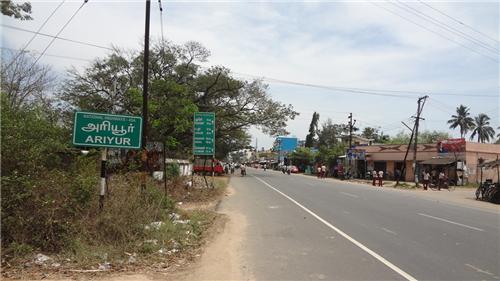 Ariyur is in Kaveripakkam Taluk in Vellore district. It is a small village located 41 kms. East from Vellore.The postal Head Office is Sholingur.Nearby cities include Kanchipuram, Arcot, Tiruvethipuram and Sholingur. There is no railway station here and Katpadi Junction Railway Station is 40 kms. from Ariyur.

Ranipettai or Ranipet is the industrial hub of Vellore. 'Rani' denotes queen and 'pet' denotes district. Located around 20 kms. from Vellore city, this industrial town is developing at a very fast pace. Ranipet (4th largest urban area in India) is actually a part of Vellore Metropolitan Area too.It is located on the banks of Palar river, on National Highway-4 (Chennai-Bangalore highway). Development of Special Economic Zone at Nellikuppam, near Ranipet, has given further boost to trade and commerce and overcome past effects of recession. You will be surprised to learn that there are not less than 400 small and medium leather units in Ranipet!

Arcot is a town in the suburb of Vellore city. It is located on the southern banks of river Palar in Vellore. This seems like a cuisine town! The 'makhan peda' you relished while in Vellore and the 'biryani', all have their origin in Arcot. The town is surrounded by agricultural land and thus, it is quite natural that it will serve as main market for these agricultural products. Edible oil production too is the main industry here. For instance, ground nut oil and gingelly oil are produced in and around Arcot town. Rice and paddy mills too can be found here.

Katpadi is where the technological institute is located in Vellore. It is a panchayat town with its own taluk office. Katpadi junction (station code:KPD) is the main railway station (largest in the district) in Vellore city. The Katpadi village is today called Old Katpadi.