The history of Vellore district is exciting and remarkable at the same time. Let us unfold the glorious 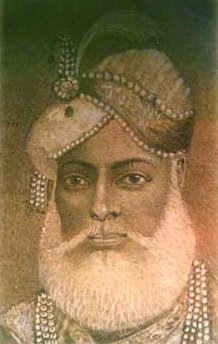 The role of Vellore in the War for Indian Independence is still fresh in the minds of those who have visited Vellore fort. The  fort was built during the reign of Chinna Bommi Nayak (1526 to 1595 A.D.)

The recorded history of Vellore dates back to the 9th century as per records available from Chola inscriptions in Annamalaiyar Temple in Tiruvannamalai. From the Pallavas, Cholas of Uraiyur (from 850 to 1280), Rashtrakuta dynasty, rulers of Vijayanagaram to the nawabs of the Carnatic (during the 17th century) and the British, it has been a long and arduous journey of battles fought in Ambur (in 1749), A.D. Arcot (in 1751) and Vandivasi (in 1760 A.D.) between the English and the French to establish their supremacy.

The Sepoy Mutiny in the year 1806 against the British broke out inside the Vellore fort. It is regarded as an overture to the Great Revolt of 1857 (First War of Independence). The Clock Tower in Vellore tells the tales of valour and courage shown by youth from this region who fought for independence.

The inscriptions in temples, forts etc. stand as proof of the past glory of Vellore. From 850 to 1280, the entire region was under the reign of the Chola kings. Later, it came under the the rule of Rashtrakutas, the later Cholas and Vijayanagar kings.

The 17th century saw Vellore under the rule of nawabs of the Carnatic. However, their strong hold on the empire loosened after 1753 when the Mughal Empire declined. The region came under British rule during first half of the nineteenth century.

After India won independence in 1947, Vellore became a part of Madras State. The British had established Arcot district and Vellore was still a part of this district.

Today, Vellore has developed into an industrial, medical and educational hub. There are umpteen employment opportunities for the youth here due to growth of tanneries and small scale industries. The Self Help Groups (SHG) of women are also contributing to the economy while uplifting their standard of living. The literacy rate has improved in the district and people reside in harmony.

The Government is taking steps to preserve the age old culture of the district by promoting folk theatre 'Therukoothu' and traditional dance form 'Kokkalikottai' in cultural festivals in India and abroad. Walajapet is famous for mats, Arni is famous for silk weaving while Vellore shines in pot making and other handicrafts.

Vellore has become a torch bearer steering the youth towards medical and technological education. The sounds of battles of yesteryear have subsided and Vellore is heading towards technological development in every sphere.