Vellore experiences low rainfall (996.7 mm annual rainfall) is throughout the year with semi-arid climate. It lies in the Eastern Ghats region, on the banks of Palar river. It is not rich in mineral resources and its topography is almost plain with slopes from East to West. 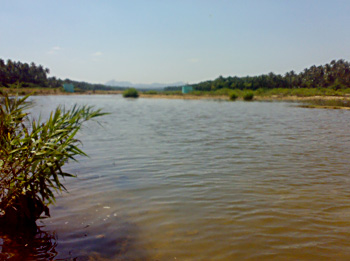 During summers, humidity ranges from 40%–63% while during winters, it ranges between  67%–86%. Temperature in  Vellore ranges from a maximum of 40.5°C (104.9°F) to a minimum of 18.4°C (65.1 °F). Vellore receives  of rainfall every year due to southwest monsoon which brings scanty rainfall between the months of June and August.

Due to less rainfall in Vellore, agriculture is not carried out to a large extent. Thanjavur and other neighbouring districts have taken up agriculture in a large way. However, crops grown in Vellore include cotton, paddy, bajra, groundnut, sugarcane and ragi. Gudiyatham town near Vellore has a Sugarcane Research Centre too.

Running parallel to Eastern Ghats where Vellore is located, Palar river covers around 290 kilometres! Cheyyar, Pambar and Malattar are the tributaries of Palar river, but the irony is that these stay dry for most duration of the year. Palar river is the main source of water for denizens and industries of Vellore.

The ground water has to be guarded against pollution and contamination from effluents from tanneries and industries in this region. Ponnai is yet another river in this district but these rivers are not used for irrigation as these are seasonal.

Around 162286 ha. of area in Vellore district is under forest cover. Green forest cover is more prominent in regions such as Vaniyambadi, Gudiyatham, Thirupathur and Taluks of Vellore.

Gudiyatham, Walajah and Vellore taluks have extreme climate as they are encompassed by hills. Arakkonam Taluk has a more moderate climate all through the year, though winters are really cold.

Soil found in Vellore is chiefly red loam soil. However, other type of soils are also found in some regions which include gravelly, stony, sandy loam soil, black loam soil and sand clay loam. The type of soil found on the banks of Palar river includes Alluvium soil.

Vellore Block has been divided into three agricultural divisions: Vellore, Kaniyamabdi and Anaicut.Chittoor  district (Andhra Pradesh) is on the North, Thiruvannamalai District is on the South, Krishnagiri District is on the West and Thiruvallr and Kanchipuram Districts are on the Eastern side of Vellore.

The Yelagiri hills (Elagiri is a tourist village here) adorn the western side of Vellore district. Eastern side comprises of rocky base.Swamimalai is another peak in Thirupathur Taluk. Javadu (2,500ft.from sea level) are high mountains in Thirupathur Taluk. Thirupathur is a tourist destination with a circuit house, lodging facility, rest house, government traveller's bungalow etc. It is 75 kms from Vellore city and is famous as 'Ooty of Vellore district'. 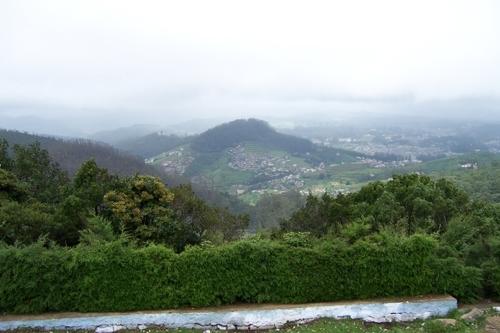