The fort city of Vellore is famous for medical tourism in recent times. However, you can recollect the past history of this city if you visit Vellore fort, a 16th century fort situated here. You will be taken back to ancient times when you see grand ramparts and wide moat with wonderful architecture. Water in the moat is supplied from Suryagunta tank. Today, the fort is being maintained by Archaeological Survey of India. 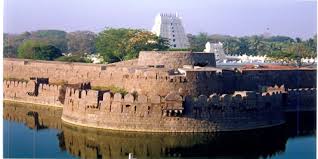 Vellore fort was built by Vijayanagara kings. It has also been the headquarters of Aravidu Dynasty of Vijayanagara Empire. From Vijayanagara kings to Bijapur Sultans (1656–1678), from Marathas (1678–1707) to Carnatic Nawabs, the final possession of the fort passed to the British (1760–1947) till the time India achieved independence in 1947.

Vellore Fort was built in 1566 AD by Chinna Bommi Reddy and Thimma Reddy who were subordinate Chieftains under Sadasiva Raya (Vijayanagara Empire).

This was the first revolution in 1806 when Vellore fort was used for keeping Infantry Military units of  the Madras Regiment by the British. The soldiers were ordered to wear round hats instead of turbans, shave beards, remove caste markings and jewellery. The sepoys were offended and this was worsened by rumours that the hats were made of cow and pig hides.

This intimidated the sepoys and on July 10, 1806, they attacked European barracks and killed English soldiers and officers. They instigated Tipu Sultan's sons too to join in as leaders. In retaliation, the colonel commanding the Cavalry Cantonment in Arcot reached the fort along with his battalions and mercilessly killed the rebelling sepoys. Soon, the rebellion subsided.

However, Tipu Sultan's family was shifted to isolation in Calcutta. William Bentick, the Governor and Sir John Cradock, Commander-in-Chief of the Madras Army, were both recalled from England after Vellore Rebellion. This was the first rebellion which the British faced in Vellore fort.

Tipu Sultan's family and Sri Vikrama Rajasinha --- the last king of Sri Lanka, were held hostage in this fort. In 1806, the first uprising against the British started at this fort. The fort also stands as a witness to the heinous massacre of Sriranga Raya's family, Vijayanagara royal family. A memorial known as Muthu Mandapam' or Pearl Palace was around tombstone of Sri Vikrama Rajasinha.

The fort has been constructed using granite and spreads across 133 acres. The moat protected the fort from enemies in case of invasion. You will be surprised to know about the secret tunnel which leads to Virinjipuram which is 12 kms. away! This escape tunnel could be used by the king, his royals and family, in case of an invasion.


How to Reach Vellore Fort

The Vellore fort is situated just opposite to Old Bus Stand. The fort is just 1 kms. from CMC hospital. The nearest railway station is Vellore-Katpadi Junction. As for airports, Chennai International airport, Bangaluru International airport and Tirupati Airport are airports near Vellore. From there, you can reach Vellore by hiring a cab or boarding a train or State operated bus.

The Post and Telegraph Department of India released stamp of Vellore fort in 1981. Another stamp depicts Vellore Mutiny and was released to commemorate 200th anniversary of the mutiny. 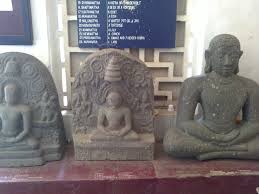 The Tamil Nadu government is maintaining a museum which is visited by tourists. It helps to gain a bird's eye view about history of this fort. 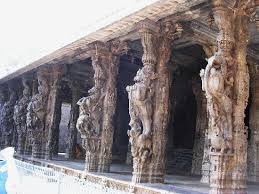 The Jalagandeeswarar temple is very famous for beautiful carvings and architecture. It is dedicated to Lord Shiva. The temple is famous for skilled craftsmanship, engravings, monolithic sculptures and has a marriage hall. It was earlier utilized as an arsenal but was later sanctified with idol of Lord Shiva. This temple was built by the Vijayanagar king in 1550 A.D.

The gopuram (tower) of the temple is 100 feet high and is carved beautifully. It derives its name  'Jalagandeeswarar' from the age old belief that Lord Shiva resides in water (moat). The pillars are richly carved and there are huge wooden gates here. The main hall known as 'Kalyana Mandapam'  comprises of sculptures of dragons, horses and lion-like creatures.